Khenpo Choephel Rinpoche is originally from Drigung Thil Monastery, the head-monastery of the Drikung Kagyu lineage. He was ordained as a monk by Vajradhara Pachung Rinpoche at a young age. While at Drikung Thil, he received many teachings and instructions first from Pachung Rinpoche and later from Pachung Rinpoche’s successor, Gelong Rinpoche, Vajradhara Tenzin Nyima. Aside from having received extensive teachings in Mahamudra from these two great masters, he is also a master in the ritual-traditions of Drikung Thil Monastery and has also received training in debate and philosophy at Drepung Monastery in Tibet. Before he left Drikung Thil for Nepal, Khenpo Rinpoche served as the chant-master of the monastery. In 2007, he was appointed “Khenpo” by Drikung Thil Monastery. Khenpo has been in the United States for about four years. He has served as one of the three spiritual directors at Tibetan Meditation Center in Frederick, Maryland before coming to Pittsburgh in November 2011. Khenpo Choephel is giving a series of teachings and leading the retreats on the Fivefold Path of Mahamudra, which he considers as the most important profound practice and essence of all the dharma of Buddhism. 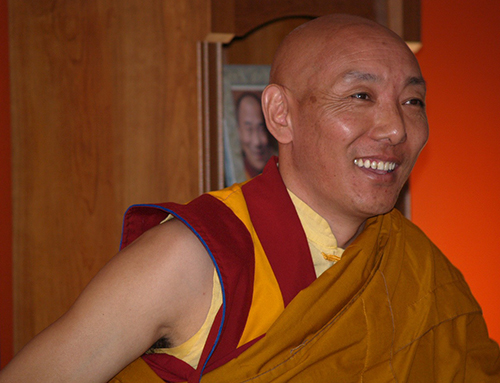 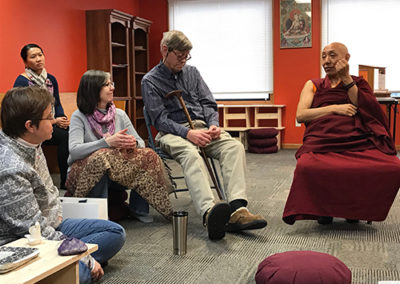 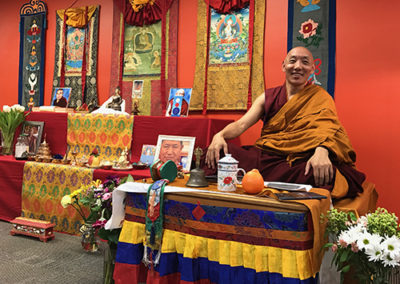 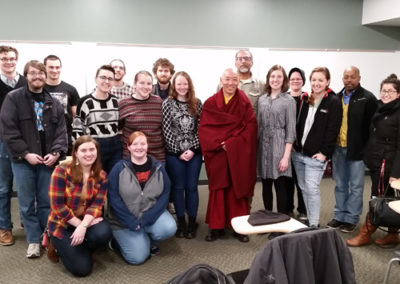 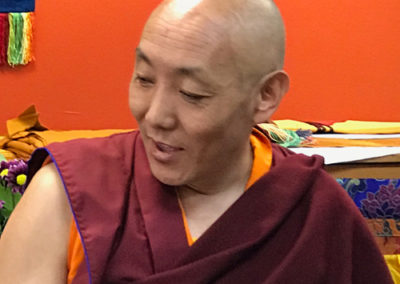