Postponed until May due to epidemic. 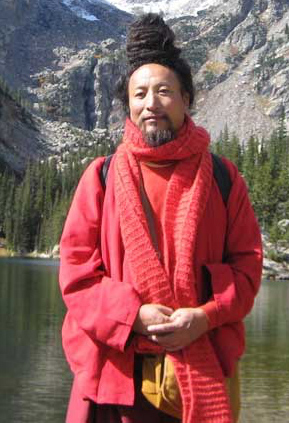 Postponed until later in spring or summer due to epidemic.

Having great altruistic motivation from early childhood, Venerable Drupon Rinchen Dorje Rinpoche entered Tana Monastery in Tibet in 1984.  Drupon Rinpoche received teachings on the Fivefold Path of Mahamudra and Kunsang Lama’s Words of Profound Instruction, Dzogchen’s Great Completion Parting from Samsara and Nirvana, Pointing Out the Nature of Mind, and other teachings from Tulku Nyendrak Gyaltsen Rinpoche. Rinpoche has also received Chakrasamvara according to Drilbupa, including the empowerment, scriptural transmission, and pith instructions from Tulku Thogme Rinpoche.

Venerable Drupon Rinchen Dorjee joined the Drikung Kagyu Institute in 1993, and has received instruction in philosophy, Gongchig, Theckchen Tenying, Dhagpo Thargyan, and Uttaratantra from Khenchen Konchog Gyaltsen and other profound teachers of the Lineage. In 1995 Drupon Rinpoche received full ordination vows from His Holiness Drikung Kyabgon Chetsang Rinpoche, and in the same year accomplished the ngondro practices to mahamudra and the grand mantra recitation of Chakrasamvara. In 1996, he received initiation into the Profound Path of the Six Yogas of Naropa. Drupon Rinchen Dorjee Rinpoche has completed two (2) three-year retreats, one at Almora and one at Lapchi, the holy retreat place of the great yogi, Jetsun Milarepa. He has received profound instructions too numerous to mention during these retreats.

In 2005, he received the five-deities Hevajra according to Marpa’s tradition of empowerment, transmission and instructions from His Holiness the Drikung Kyabgon Chetsang Rinpoche, and in 2006 he completed the grand mantra recitation of glorious Hevajra’s fire puja at the Almora retreat center.

Drupon Rinchen Dorje Rinpoche is now the retreat master for the 3 Year Retreat at the Garchen Buddhist Institute and gives teachings on Chakrasamvara and leads the Chakrasamvara Drupchen in the summer at the Institue.  His main center is Chicago Ratna Shri. 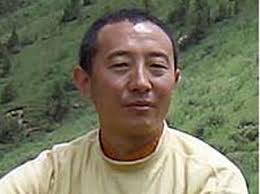 During this visit Lama Abou will help us prepare our new statue for consecration. At the end of the preparations we will have a consecration ceremony. Everyone in the sangha and community is invited to help in these preparations.

Abao Lama’s parents lived as nomads in Tibet at a time of great political change, and they endured many hardships just to survive. Five of their ten children died due to the difficult circumstances.

Abao Lama was born in 1969 and was one of the surviving children. From the age of six until the age of eight he studied the Tibetan language and script. At the age of fourteen, he met his Root Lama, His Eminence Garchen Rinpoche, with whom he took refuge at that time. Afterward, he completed 500,000 recitations of the Fivefold Mahamudra Ngondro.

At age fifteen Abao Lama received his monastic vows and instructions on Mahamudra from the Mahasiddha Karma Norbu. At the age of eighteen he met Khenpo Munsel from Golog for the first time. After having completed the Dzogchen Ngondro he received instructions and transmission on Trekcho and Thogal.

Starting at the age of twenty-two, he served for three years at Gargon monastery, having responsibility for the offerings received by the monastery. In addition to this position, he attended to the Lamas in the monastery and practiced Tsok on a regular basis. Also during this time, he gathered accumulations of the mantras of White Tara, Yamantaka, and the root mantras of the four enlightened activities of the deities.

In 1997 Abao Lama traveled with H.E. Garchen Rinpoche to America, and he subsequently became an American citizen. Since 1997 Rinpoche has built many centers around the world, and Abao Lama has been one of Rinpoche’s two attendants on his travels throughout Europe, Asia, and North America.  Abao Lama is President of Garchen Buddhist Institute.

registration: There will be no registration for most of Abou’s visit. Instead we will work together to prepare our statue for consecration.
location: Milarepa Buddhist Center, 2871 Heinz Road, Iowa City 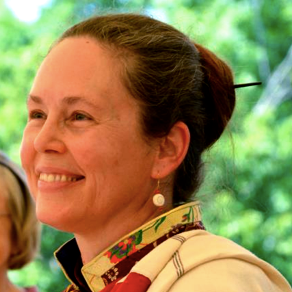 We are excited to be able to host our friend Khandro Kunzang for the first time at Milarepa Center.

What is Kum Nye?
It is a form of Tibetan yoga that works with the subtle energy system. The Kum Nye I will be teaching comes specifically from the Kum Nye developed by Tarthang Tulku who first introduced this in the US in the 1970’s. It has been developed into a beautiful system of yoga, meditation, massage and healing. I have been practicing this on and off for over 25 years. I was first introduced to this in the early 1990’s, when I worked as a bodyworker, and have since incorporated many of its principles in my own teachings and practices. Many of the teachings I have offered to you over the years have inlcuded elements of Kum Nye, and the philosophy behind it has informed much of my work. Now that I will be an ‘official’ Kum Nye Instructor, I am excited to be able to introduce this profound system to you!

What will be be doing?
Kum Nye is a practice of mindful movement that focuses on releases blockages in the subtle energy system. That means we will be doing some movement exercises. Some are easy to do and some are more difficult. However, these exercises can be adapted to anyone’s physical situation, which makes it possible for anyone to practice this. The class will include teachings on the theory and principles of Kum Nye, teaching on some of the self-massage that is incorporated into the practices, and teachings on the subtle energy body. In addition, Kum Nye includes meditation practices and chanting mantra. The goal of the class is to introduce you to this system of practice and give you enough to get your practice off the ground. After the class, you can find many resources to continue to deepen the practice. Those resources (and more information on Kum Nye) can be found on KumNyeYoga.com.

We will be using this book: Tibetan Relaxation: Kum Nye Massage and Movement. link to Amazon: https://www.amazon.com/Tibetan-Relaxation-Massage-Movement-Healing/dp/0898003466/ref=cm_cr_arp_d_product_top?ie=UTF8

May, 2019 :
In May we hosted Ina Trinley Wangmo to teach in Iowa City for the first time.  Ina has served as Garchen Rinpoche’s translator for over ten years.  She taught on the Four Thoughts that Turn the Mind to Dharma.

April, 2019:
In April we hosted Drupon Rinchen Dorje who gave us the Vajrasattva  empowerment.  In addition, Drupon offered us teachings on the Prayer of Kuntuzangpo.

March, 2018:
Visiting scholar of Tibetan Buddhism Yaroslav Komarovski, Ph.D. taught on Contemplative Techniques of Calm and Insight Across Buddhist Traditions at the ICPL.

February, 2018:
Khenpo Paljor Gyatso taught on the Fundamentals of Buddhism.

January, 2018:
Two Tibetan nuns, Yuan Hao and Yuan Fei,  who delved systematically into a thorough study of Buddhism in one of the largest Tibetan Buddhism Academy in the world will visited us and taught at the ICPL.

October, 2017: In October we moved Milarepa Buddhist Center to our present location on 1st Ave. in Iowa City.

September, 2017:
Retreat with Drupon Thinley Ningpo Rinpoche:
Compassionate Mind, Heart of Peace. Rinpoche’s visit included a Green Tara Empowerment & teachings as well as an Introduction to Tibetan Buddhism and Teachings on the Nature of Mind.

May, 2017:
In May we co-hosted a One-Dharma picnic along with the Iowa City Zen Center and Iowa City Sangha (now Winding Path Sangha).

February, 2017:
In February we co-hosted a One-Dharma vegetarian potluck at our center.

October, 2016:
In October Drupon Rinchen Dorje offered
a White Tara Empowerment, White Tara Teachings and Practice and Teachings on the Life of Milarepa.

April, 2016:
Khenchen Konchok Gyaltshen Rinpoche on the topic Loving Kindness and Compassion: The Source of All Happiness and Joy. In addition Khenchen gave a two-day teaching on The Display of Discursive Thought & the Natural Radiance of Awareness.

September, 2014:
Khenpo Samdup was the first teacher that we hosted in Iowa City. Khenpo taught on the following topics:  Introduction to Buddhism, What is Buddha Nature?, Introduction to Calm Abiding Meditation and Individual Meditation Instruction.